Artificial Intelligence (AI) and robotics are on the rise in general. They are being used in multiple industries in a myriad of ways. Whether for defense, health science, technology applications, business or academic research. 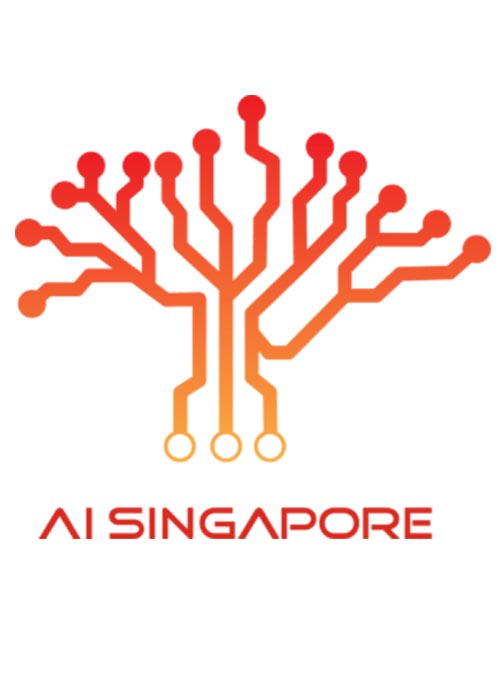 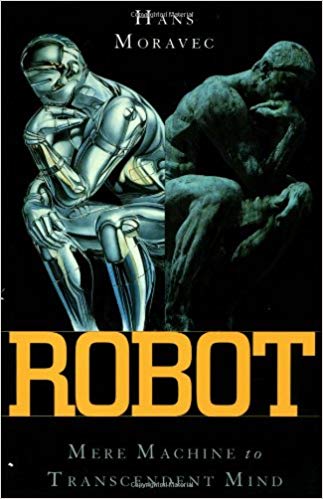 "In this mind-bending new book, Hans Moravec takes the reader on a roller-coaster ride packed with startling predictions."

Get more general resources about robotics. 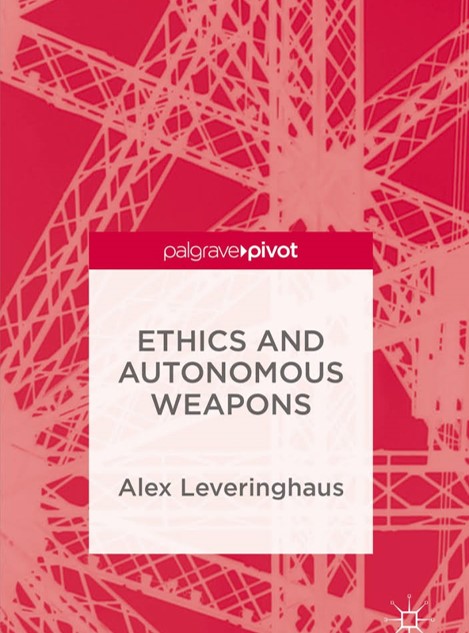 "Autonomous weapons are capable, once programmed, of searching for and engaging a target without direct intervention by a human operator. Critics of these weapons claim that ‘taking the human out-of-the-loop’ represents a further step towards the de-humanisation of warfare..."

Get more about robots in wars. 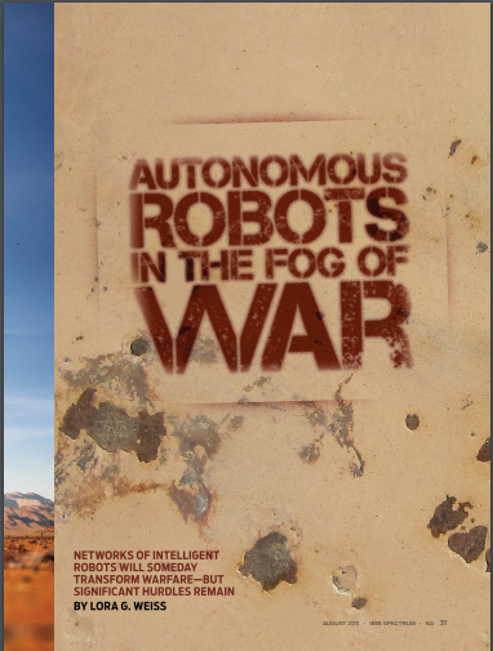 Autonomous Robots in the Fog of War

How will wars using AI and robots look like? 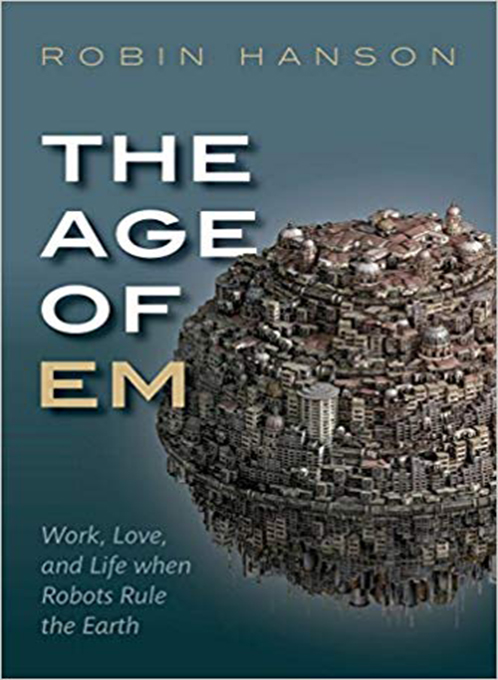 The Age of EM

"Robots may one day rule the world, but what is a robot-ruled Earth like? Many think the first truly smart robots will be brain emulations, or ems. Scan a human brain, then run a model with the same connections on a fast computer, and you have a robot brain, but recognizably human."

What is forecasted about AI and robots? 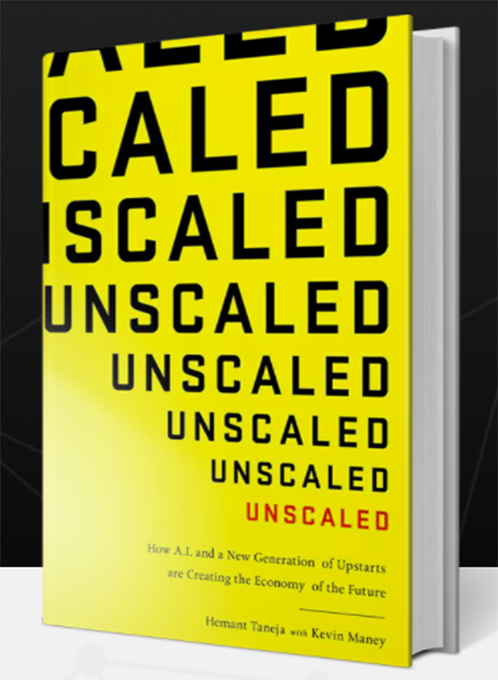 Look further with these resources on the economic impact of AI and robots. 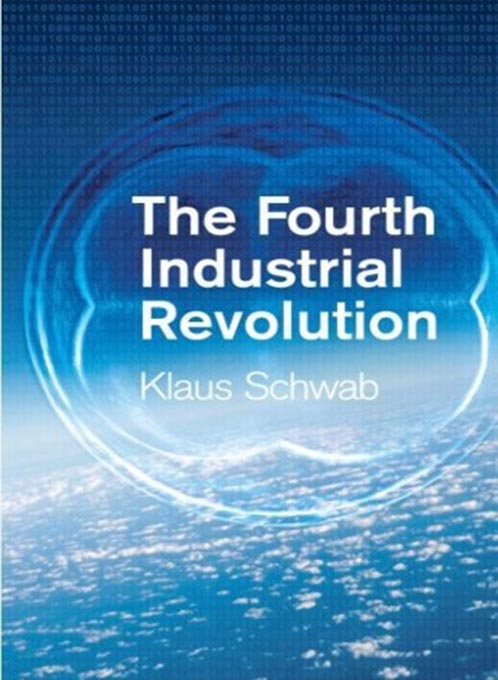 "Professor Klaus Schwab is convinced that the period of change we are living through is more significant, and the ramifications of the latest technological revolution more profound than any prior period of human history.  He has dubbed this era the fourth industrial revolution." 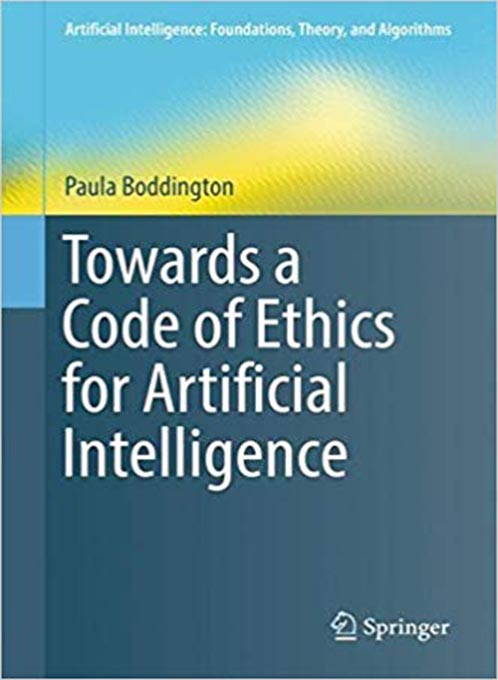 Towards a Code of Ethics for AI

Get more on the ethical issues surrounding robots. 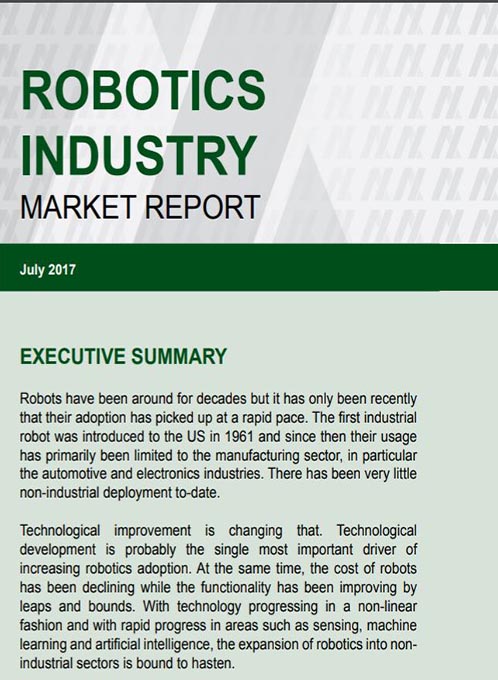 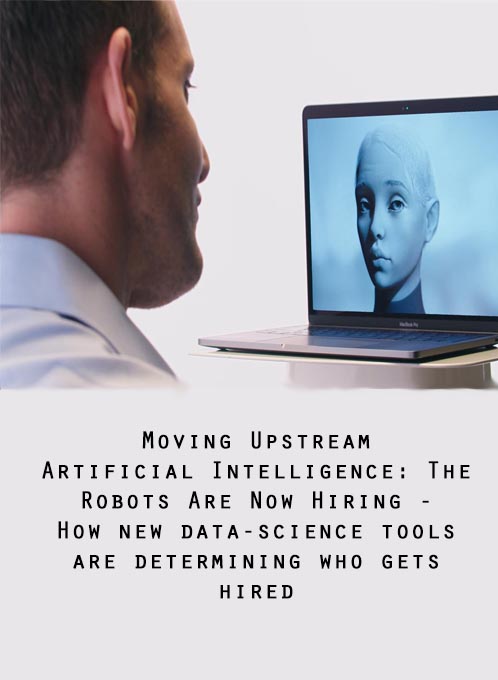 "Some Fortune 500 companies are using tools that deploy artificial intelligence to weed out job applicants. But is this practice fair?"

Resources on the economic impact of AI and robots. 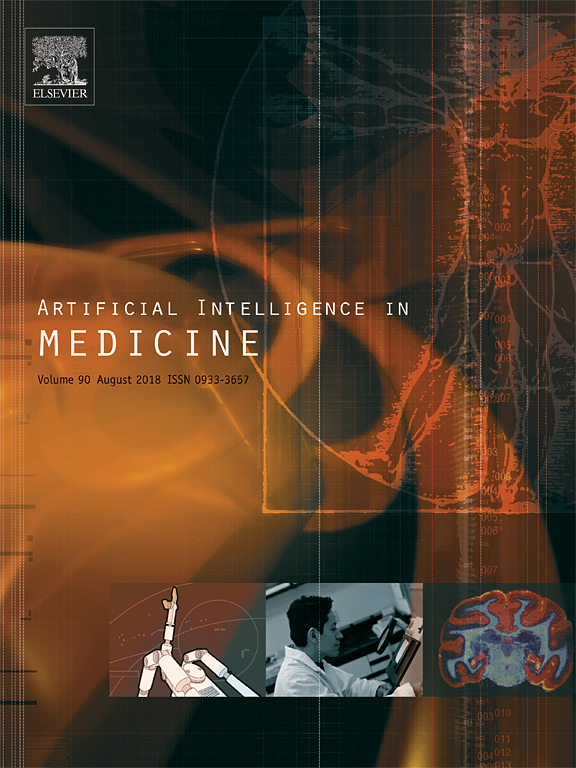 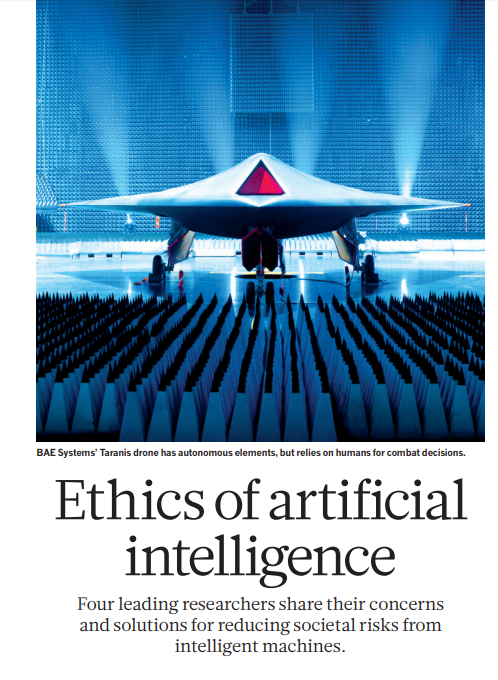 "The artificial intelligence (AI) and robotics communities face an important ethical decision: whether to support or oppose the development of lethal autonomous weapons systems (LAWS)."

Look up the philosophical and ethical implications of AI and robots. 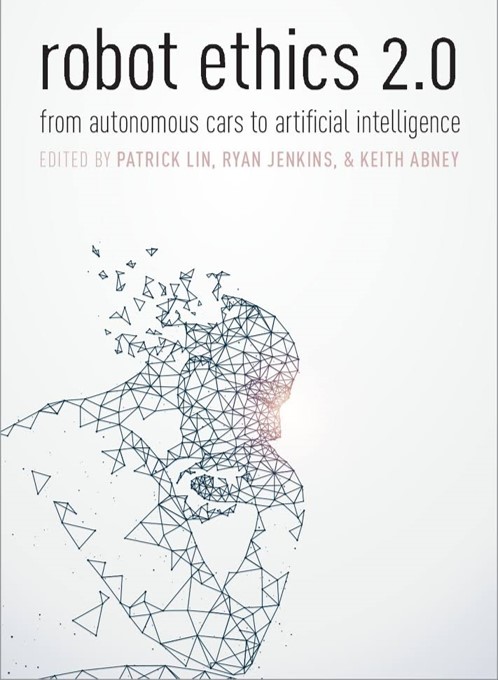 "As a game-changing technology, robotics naturally will create ripple effects through society. Some of them may become tsunamis. So it’s no surprise that “robot ethics”—the study of these effects on ethics, law, and policy—has caught the attention of governments, industry, and the broader society, especially in the past several years."

Look up the philosophical and ethical implications of AI and robots. 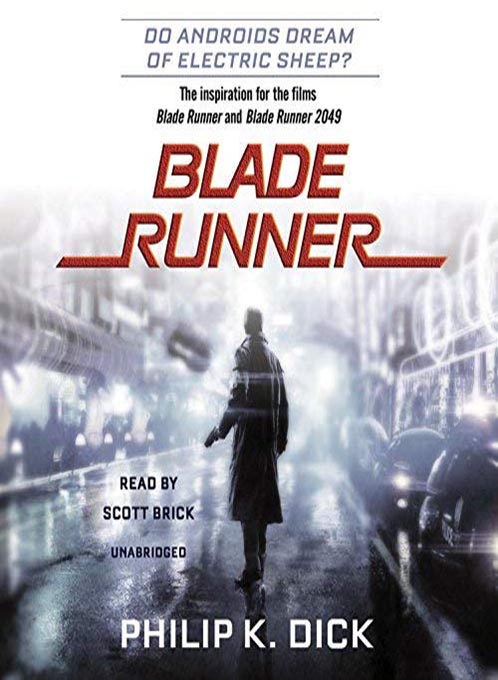 "By 2021, the World War has killed millions, driving entire species into extinction and sending mankind off-planet. Those who remain covet any living creature, and for people who can't afford one, companies build incredibly realistic simulacra: horses, birds, cats, sheep. They've even built humans."

Ruminate with stories about AI and robots.

Sex Robots: The Future of Desire

"This book reveals that the way we perceive sex robots is how we perceive ourselves, overcoming the false human/non-human binary. From Greek myths, to the film Ex Machina, to Japanese technology, non-human sexuality has been at the heart of culture."

Will you desire a robot one day?

"The manufacture of humanoid robots with embedded artificial intelligence and for sexual purposes has generated some debates within bioethics, in which diverse competing views have been presented." 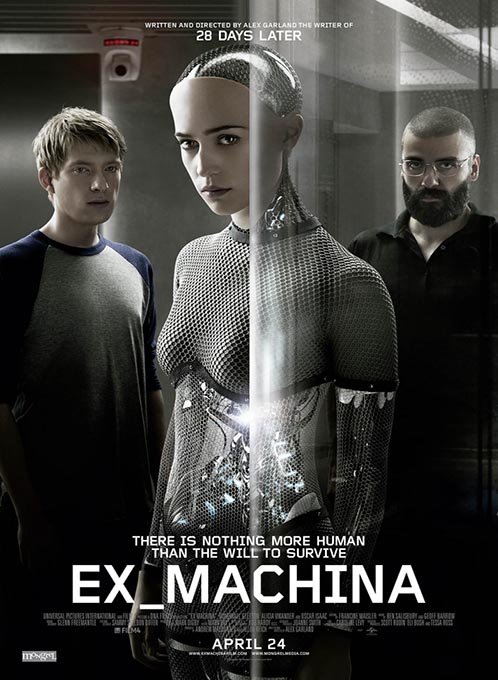 "Caleb, a coder at the world's largest Internet company, wins a competition to spend a week at a retreat belonging to the company's reclusive CEO, Nathan. But when Caleb arrives he finds that he will have to participate in a fascinating experiment with the world's first true artificial intelligence, housed in the body of a beautiful robot woman, Ava."

The dramas of robots. 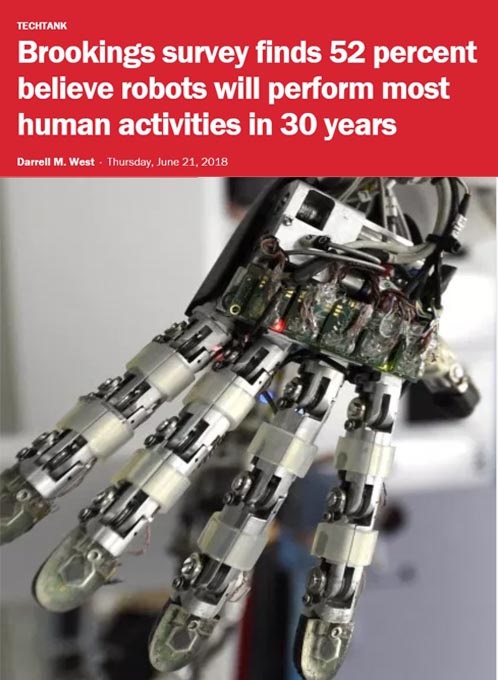 "Fifty-two percent of adult internet users believe within 30 years, robots will have advanced to the point where they can perform most of the activities currently done by humans, according to a survey undertaken by researchers at the Brookings Institution." 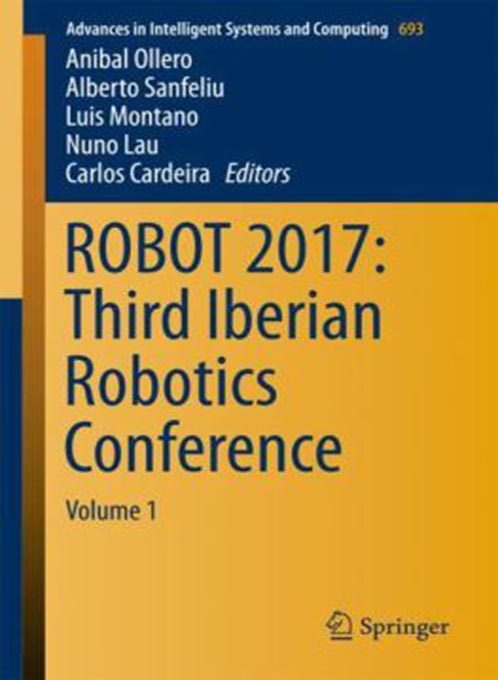 Check out patents on AI and robots in these databases. 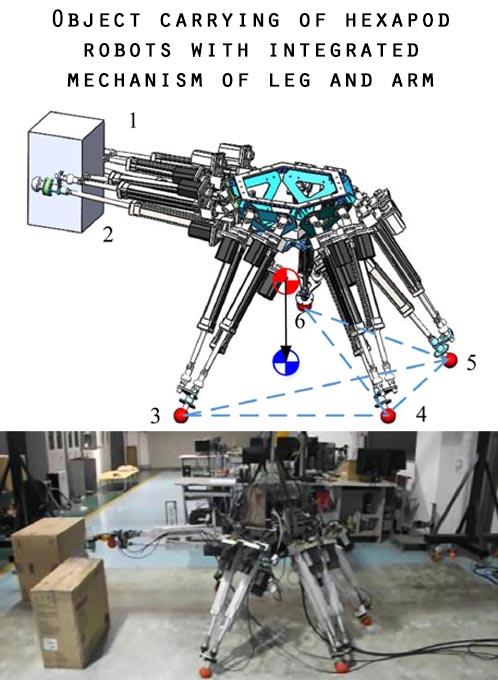 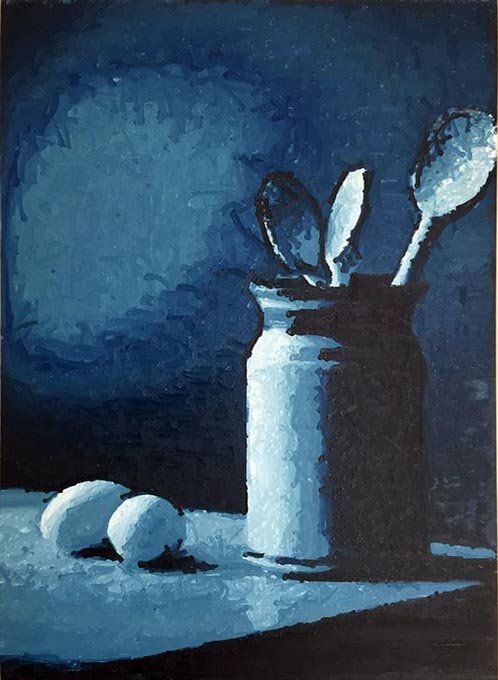 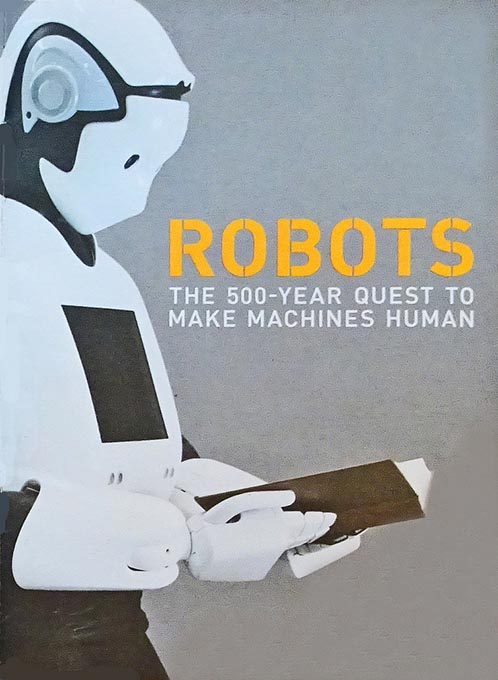 "Humanoid robots are some of the most wondrous machines ever built. By imagining and reconstructing ourselves in artificial bodies, we are able to discover what amazing machines we are."

Robots are not new.