A selection of organisations involved in international law are listed below.

International Chamber of Commerce (ICC)
Contains ICC policy statements, codes, rules and model contracts as well as information on ICC arbitration. The ICC Digital Library is a subscription service provided by the ICC International Court of Arbitration, but it does contain a selection of open access resources. If you are looking for an ICC award, but don't know where it has been published, enter the ICC award number in the Find an award search box.
NUS Libraries database: ICC Digital Library

International Law Commission (ILC)
Reports of the ILC, and conventions relating to the work of the Commission.

United Nations
Comprehensive information on the work of the United Nations. Access to UN documents and publications. See also other UN web servers including

Asia-Pacific Economic Cooperation (APEC)
Homepage of the APEC Secretariat. Information about the organisation and free access to selected APEC publications, including documents and reports.

Association of Southeast Asian Nations (ASEAN)
Maintained by the ASEAN Secretariat. Useful information at this site includes the ASEAN Charter and various other legal instruments.

Council of Europe
Important information on human rights, in particular the basic texts and judgments of the European Court of Human Rights. Council of Europe treaties are also available here.

Europa
Portal of the European Union. Information on policies administered by the EU as well as access to websites of EU institutions including the

EUR-Lex is the portal to European Union Law. This system contains the Official Journal of the European Union as well as EU treaties, legislation and case law.

European Free Trade Association (EFTA)
The legal texts and various other publications of EFTA are made available by the Secretariat.

Organisation for Economic Co-operation and Development (OECD)
Documents including working papers, guidelines and best practices for areas under the OECD's purview are available here.

Amnesty InternationaI (AI)
Non-governmental organisation focused on human rights. The work of AI is enshrined in the Universal Declaration of Human Rights. AI produces reports and news releases searchable by country or topic.

International Committee of the Red Cross
Access to resources relating to international humanitarian law, including the IHL databases.

B. Education and Research

International Law Association (ILA)
The ILA has consultative status, as an international non-governmental organisation, with a number of the UN specialised agencies. Useful documents include study group reports and reports of its Committees. 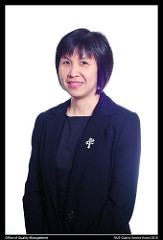